Ricardo Galvão, Full Professor at the Department of Applied Physics at the USP Institute of Physics, was in the Exact Sciences Sector on September 26 to present the lecture “Monitoring deforestation and degradation of the Amazon Forest”.

The event began and ended with a packed auditorium and was broadcast live over the Internet via the C3SL (Computer Center) website. and Free Software) . More than 400 people attended the online lecture.

Prof. Ricardo presented data on deforestation in the Amazon rainforest and graphs on the amount of degraded forest over time. 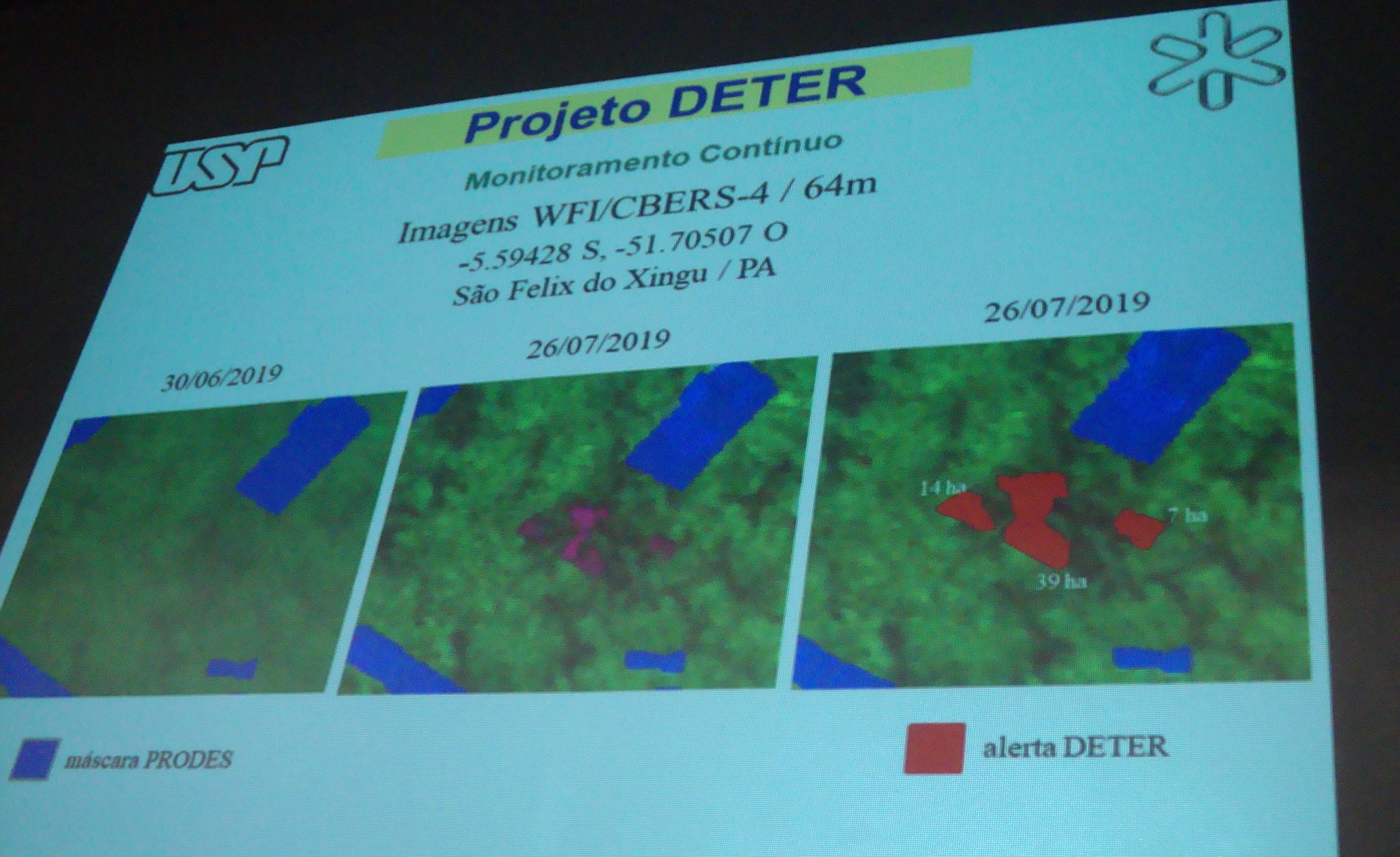 According to Galvão, who was also director of INPE until In early August 2019, INPE works with forest area monitoring satellites for image collection. Then computer systems make use of Artificial Intelligence and Neural Networks to generate results from data collected by satellites.

The professor is concerned about current federal policy, which questions data produced through science. The former INPE director defends the credibility of the information provided to the government and demonstrated, through media reports, that the data produced by INPE was also confirmed by NASA for the same period.

At the end of the presentation Ricardo was long applauded by the crowded auditorium.

The event was supported by the Exact Sciences Sector and is part of the Graduate Program in Physics Seminar.

The full lecture is available at: cast.c3sl.ufpr.br